Read the latest on how social media has affected Kesha’s case against Dr. Luke told by the PRSSA Blog Team.

Not too long ago, pop singing sensation Kesha was one of the most unique artists to take over the music world. But in recent years, everyone has been wondering why the wild, glittery artist disappeared. It wasn’t until 2014 that Kesha released the truth

about her past with her producer, Dr. Luke. Kesha’s claims stated that Dr. Luke “sexually, physically, verbally, and emotionally abused [Kesha] to the point where [she] nearly lost her life.” Amidst all the legal chaos, fans were unsure of the matter, but patiently awaited news about the case. The affair went on for a while until just recently, February 19th, 2016, a New York judge denied Kesha’s allegations and thus forced her to remain under her contract with both Sony Music and Dr. Luke. The judge claimed there was no evidence to support her allegation.

The case sparked controversy after a picture hit social media showing Kesha crying in a New York Court House after the judge came to the consensus that she had to continue her contract with her alleged aggressor. The photo spread rapidly on popular platforms such as Instagram and Facebook, but was especially prominent on Twitter. As more people began to see this photo and read about the issue, more outrage was ignited. Many started to speak up and voice their opinions on the case by taking their judgments to social media. The hashtag #FreeKesha was born.

Social media played a huge role in the Kesha vs. Dr. Luke case. The #FreeKesha movement grew after the trial and an influx of fans and supporters came running with open arms to support Kesha. Many of her supporters have protested with signs around cities and on social media, while some have taken time to raise money on a GoFundMe campaign that would help buy Kesha out of her Sony contract. Celebrities such as Lady Gaga, Lorde, Lily Allen and Kelly Clarkson have taken part in voicing their opinions about the case as well. Aside from the fans raising money, pop sensation Taylor Swift has even stepped out to donate $250,000 to Kesha “to help with any of her financial needs during this trying time.” Dr. Luke on the other hand has taken to social media as well and has been tweeting with no hesitation about the case. He made a variety of claims such as “I didn’t rape Kesha and I have never had sex with her” and “This is an ongoing legal case so I won’t be responding/talking much about this. This should be tried in a court of law.” 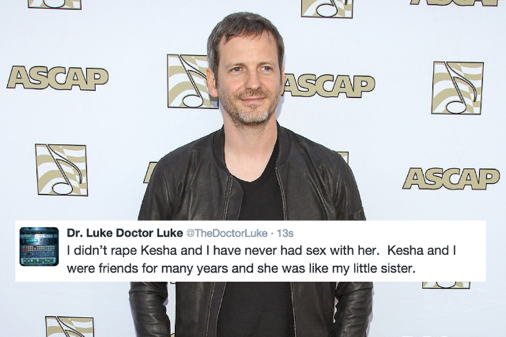 While the trial is still not over, supporters are still rallying around Kesha. “All I ever wanted was to be able to make music without being afraid, scared, or abused,” Kesha wrote on February 24th. Without social media, the case might have never gotten the attention from the media that it truly deserved.