Read about the Ray Tomlinson, the inventor of email told by the PRSSA Blog Team.

When we think about how we communicate on a day-to-day basis, it normally occurs through phone calls, FaceTime, text messages, face-to-face conversation, various social medias, and email. We can’t even fathom how previous generations communicated before cellphones, computers, and the Internet was invented. But rather than centuries, it was just a few decades ago when these inventions didn’t even exist. The Motorola portable “Brick Phone” came out in 1973, the first PC’s emerged in 1975, and the modern form of internet took form in 1990.

Along with these new technological advances, society began to change with how they communicated. One of the considered newer forms of communication among those early years was email. Email was originally invented in 1971 by Ray Tomlinson, and would later develop his work to evolve email as how we know it to date. However, inventor Tomlinson died this past weekend on Saturday, March 7.

He is a more significant figure than most would think. His contribution and inventions shaped and affected our modern social media. His ideas, although simple, has had an immense impact. Tomlinson simply wanted to combine a single-computer messaging program with a file-transfer program. He wanted to create a new network that would improve upon an already existing messaging system that was intended for the U.S. Department of Defense, thus creating modern email.

Although it was just another fun, efficient way to communicate and share information between co-workers, friends, and family members, it made communication on a global scale easily accessible, and free. It was an idea that modernized our economic, business, and social world. 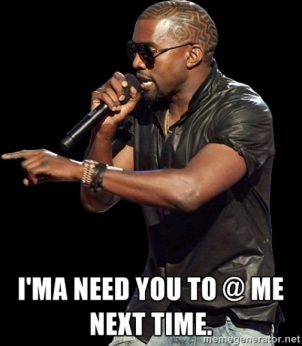 Tomlinson put the @ symbol on the map by including it for each individual’s personalized login.  What would Twitter be without an “@”. Phrases like “@ me next time” or mentioning someone on social media simply wouldn’t exist without Tomlinson. So next time you “@” someone in a response don’t forget to thank Ray for that lovely symbol above your number two key.